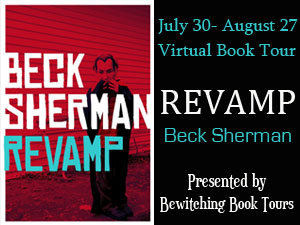 FOR THREE DAYS, IT WAS DARK.

News reporters scrambled. This was the biggest story to come along in weeks.

They called it a blackout.

The last one was in New York City in 2003, but this one was different, special, because the grids in six major cities across the country had been fried, kaput, see-you-next-Sunday. Everyone with some jurisdiction blamed each other, and when there was no one left to blame, terrorism rode in on its gallant steed.

It was the media’s fault. They were so busy stuffing fanatical Muslims with a penchant for Allah and decapitations down the American citizen’s throat, that they never saw it coming. I guess I shouldn’t be too hard on them.

They were partially right.

It was terror after all, but a whole new kind. And when the lights came back on, things had changed.

The dark had brought us visitors. 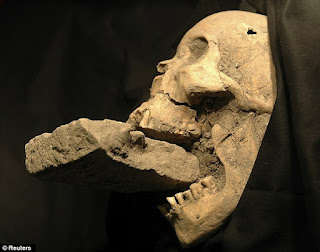 You say no, but back in the day, many really believed that these toothy creatures were out there, lurking in the shadows, waiting for an opportune moment to partake in fresh blood. Imagine a world in which the undead are a real threat? Would you still take that shortcut through the woods? Would you still wear your headphones in the parking garage? Would you still travel anywhere alone at night?

That noise behind you…is it a vampire?

Let me introduce you to three “real-life” vampires from my neck of the woods. Then you can decide.

Nineteen-year-old Mercy Brown, a member of a prominent farming family in Exeter, Rhode Island, fell ill with “galloping” consumption and died a few months later on January 17, 1892. She was not the first of the Brown family to succumb to the disease. Her mother, Mary Brown, died almost a decade earlier, along with the eldest daughter, Mary Olive. Edwin, the Brown’s only son, became sick a few years after Mary Olive, but didn’t die right away, and lived to see Mercy laid to rest with the others in the Chestnut Hill cemetery behind the Baptist church.

As Edwin’s condition worsened, a desperate father made a last-ditch attempt to save his only remaining child. He responded to the local stories of an undead Mercy wandering the cemetery and farm fields, stealing the life force from her brother and other villagers, by exhuming his daughter’s grave. Mercy’s body was found turned over, with a flushed face and fresh blood seeping from the heart and liver. Her heart was then removed, burned to ash, mixed with water, and fed to Edwin to break the spell put on him. He died, still, two months later.

In the year 1776, established farmer and father of fourteen Stukely Tillinghast had an unpleasant dream one night. Half the trees in his apple orchard died. Soon afterward, his beloved eldest daughter, Sarah, who had a fondness for poetry and wandering the local cemetery, came home feeling ill. Within weeks, Sarah was dead. Five children followed, each saying before their death that Sarah had come to them in the night. When his wife fell ill, Stukely took the farmhand, Caleb, to dig up his dead children. All of the bodies were in various stages of decay, except for Sarah’s. According to one account, the young girl’s eyes were open in a fixed stare. Fresh blood was in her heart and her veins. Stukely cut out Sarah’s heart and burned it, before reburying her. The last child, who was already ill, died, but his wife recovered and the rest of the Tillinghast children lived.

In 1980, 23-year-old James Riva of Massachusetts shot and killed his grandmother with gold-painted bullets, sucked her blood, and set fire to her house. He claimed to be a 700-year-old vampire who needed blood to survive and that he was also satisfying his vampire masters by making a human kill. In later claims, his grandmother had been a vampire, too, and would come to him at night to feed. During the trial, it was released that Riva would sometimes drink a concoction of ketchup and oil because it resembled blood. He’s currently serving a life sentence at Walpole State Prison.

A painting by Riva hangs in his former defense attorney’s office. It’s a picture of the Boston skyline. All of the buildings are black.

So, again, do vampires exist? Still, no? Then snuggle up in your bed, pleased-as-punch, feeling safe, with a copy of Revamp and a mug of hot cocoa. Ignore the scratching at your window. Tree branches. Ignore the creaks outside your bedroom door. House settling. Ignore the screaming. Howling wind. And keep telling yourself that everything is going to be fine. Because there’s no such thing as vampires, right?

There’s no such thing as vampires…

Beck Sherman was born and raised in Massachusetts, studied undergrad at Syracuse University, has a master’s degree in photojournalism from the University of Westminster, London, and when not writing, enjoys exploring abandoned insane asylums and photo-documenting the things that go bump in the night, when they’re kind enough to pose.

Win 2 Print copies of Revamp on a tourwide giveaway! Open to US  shipping.

a Rafflecopter giveaway
Posted by Unknown at 2:00 AM