My Immortal Blog Tour and Excerpt 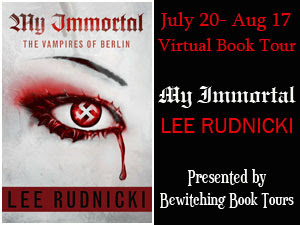 My Immortal The Vampires of Berlin
By Lee Rudnicki

A supernatural adventure set in present day and 1945 Berlin. Our heroine is Eva, a shell-shocked young vampire who is found wandering around in the ruins of Berlin Cathedral on the last day of the war by soldiers. 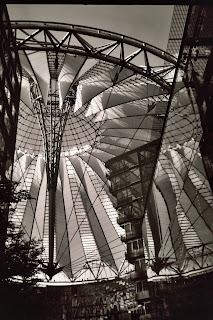 This book is not like most vampire novels you find on the bookshelves today. A supernatural thriller that is a bloody romp through the streets of Berlin and is both chilling and sensual in its prose. The language used by the very talented Lee Rudnicki is lyrical and paints a picture of sexy vampires, the devastation of  World War II and had me on the edge of my seat for the entire read. The relationship between the Germans, Russians and the vampires, wrapped up in the ravages of war is a story that is going to stick with me for a long time. I will be watching to see more from this amazing author and I hope we will see another book!

MY IMMORTAL: THE VAMPIRES OF BERLIN
EXCERPT

Eva sat on the riverbank as the sounds of battle resounded in the distance. She didn't say anything when Sebastian sat down next to her. Nor did he expect her to.
“Guten Abend,” he said. “Not the best time for a picnic on the riverbank, is it?”
Eva didn't respond.
Sebastian didn’t believe in vampires until he met one. Until one bit him. Now, the sight of blood excited him and his strength was growing by the hour. He knew what the other men only suspected. Eva was a vampire and he was turning into one himself. He also instinctively knew that their survival depended on Eva, for reasons known only to God—assuming that God was still in Berlin. Somehow, he needed to get through to her. He tried again.
“Eva. Do you understand me? Do you know where you are? Please, talk to me.”
If Eva heard him, she didn't show it. Opening the lines of communication with the young vampire was going to be far more difficult than Sebastian had anticipated. Discouraged, he turned her towards him. “Look at me. That Luftwaffe pilot over there...”
“Axel,” Eva said softly.
“Yes. Axel is about to die from burns he got when a vampire torched his face. He got hurt saving you.”
Eva blinked hard and then pointed to the sky. “It’s in the stars, Sebastian.”
Sebastian looked up. There were no stars, only a dark gloom lit by the flash of sporadic explosions. Before he could ask another question, an artillery shell exploded in the river. The freezing water that cascaded over them brought him crashing back to reality.
Sebastian got up and took Eva’s hand. It was time to go. 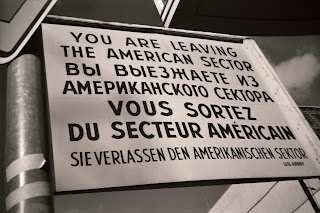 Lee Rudnicki
Novel – My Immortal The Vampires of Berlin

EXCERPT -- MY IMMORTAL THE VAMPIRES OF BERLIN
ROCK STAR

Professor Richter imagined spotlights going back and forth behind him as the music played. He was a best-selling author, but no one in academia had ever given him the time of day. That is about to change. This is my moment.

His powerful voice boomed over the music. “Since May 1945, there has been much speculation about the Tristan weapon. But it has never been publicly identified.”

Right on cue with the chord change, Professor Richter slammed his briefcase on the podium and shouted. “UNTIL RIGHT FUCKING NOW!”

The little audience gasped. No one knew what he meant, but everybody knew what he said.
Richter had imagined this moment for months, but even he was surprised by the obscenity when it flew out of his mouth. Then he surprised himself a second time by being perfectly okay with it. Maybe a little profanity is good for my brand, he thought. In any case, I certainly have everybody’s attention now.

Then, just as Richter pulled a 150-year-old Swiss astrological chart out of his briefcase, the door flew open.

Julia stormed in and made a beeline for the podium; her appearance took Richter right out of his game. “Excuse me,” he stammered. “Please, take a seat. I’ll be happy to sign your book after the presentation.”

Julia pulled the gun out of her pocket and pointed it at him. “I’m not here for a book signing. Sit down, professor.”

Richter was shocked. He knew that a few governments would want him silenced if they knew he had verifiable information about Operation Tristan. But I didn’t tell anybody! I was careful—I even shredded and burned my notes!

“This lecture is over,” Julia told the startled crowd. “Everybody out.”

Professor Richter remained defiant. “This lecture is not over, young lady. We’re just getting to the best part. Put the gun down and let me show you who you really work for.” He pressed a key on his computer and the cover page of the Tristan Dossier projected onto the wall.

TOP SECRET
FOR THE PRESIDENT’S EYES ONLY

Julia moved around the podium and squeezed off two more shots at Richter, both of which missed.

Julia was between Meg and the door, so Meg tackled her and fought for the gun. Another shot rang out; Tom fell to the floor screaming and holding his foot. Professor Richter jumped over him and bolted for the door.

With help from students, Meg managed to pry the gun out of Julia’s hand. She held Julia down as two highly-amused math majors bound her hands and feet together with their belts. Then a janitor showed up and zapped Julia in the leg with a stun gun. Julia screamed in agony and kicked the janitor in the balls. The trifecta of misery was complete when the enraged custodian accidentally zapped one of the mathematicians, promptly kicking him out of the highly-amused category.
There was chaos and mayhem inside the classroom … and there was chaos and mayhem outside of the classroom.

Richter ran down the hall, screaming at the top of his lungs. Kids and books went flying.
At the end of the hall, he pulled a door open and bolted down the stairs. Two flights later, Richter stopped in his tracks and backed up. He was terrified... 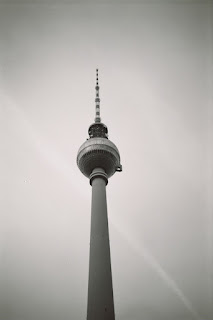 My Immortal on Amazon

My Immortal on Barnes 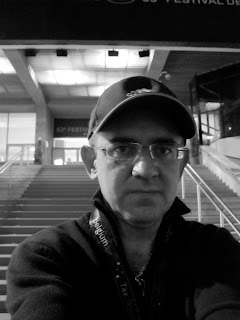 Lee Rudnicki is an entertainment lawyer, producer, and writer in Los Angeles. Lee has a law degree from the University of San Francisco, a music degree from San Jose State, a Certificate in Screenwriting from UCLA and studied international law at Trinity College, Ireland and Charles University, Prague. Before law school, Lee was a world-class rudimental drummer and drum corps instructor.