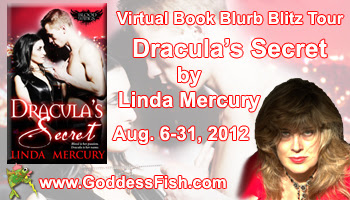 SHE HUNGERS FOR HIS LIGHT
She calls herself Valerie Tate. One of the few vampires left on earth, as beautiful as she is powerful, Valerie has resisted her craving for human blood for years, just as she once hid her true gender. But the night she lays eyes on the most enticing man she’s ever seen, it’s game over. He radiates goodness and light—and searing sexual energy.  Valerie must have him. Taste him. Consume him. For he is temptation—and he is her destiny…

HE BURNS FOR HER DARKNESS
Lance Soleil is a rugged war veteran who runs a homeless shelter in . At first gaze, he knows what Valerie is—and wants her even more. But when he welcomes a pack of werewolves into his shelter, he attracts the attention of Valerie’s oldest rival—her bloodthirsty brother, Radu, who hopes to become the first vampire President of the . Valerie knows Radu has a hidden agenda, and with Lance’s help she is determined to stop his unholy rise to power. But first, she must risk their growing love by fully revealing herself—as the one and only Dracula… 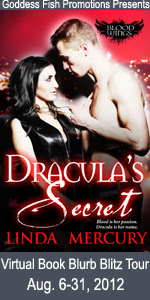 His sun pierced her night.

Valerie Tate stopped dead at the sudden stabbing pain and clapped her leather gloved hands over her sensitive eyes. She’d been running full speed from rooftop to rooftop in an effort to bypass the clogged holiday traffic between her and her destination. ’s nighttime rain had merely cloaked her progress instead of slowing her down.

The flare of light, brighter than a magnesium bomb exploding in her face, now left her stunned, blind, and helpless. Any one looking out over the skyline could see her. Not something she wanted.

She crouched, one foot poised over the lip of a building’s crown. One wrong step and she’d fall off. It wouldn’t be a fatal drop, but it would certainly slow her down. Better to risk being seen up here, prancing about like some crazed musical number, than sprawled out on the pavement in the middle of the Halloween crowd.

Valerie probed the skin on her face. Unlike magnesium and direct sunlight, she hadn’t blistered or burned in response. Good. That would have ruined her evening’s plans. Much depended on her appearance not gathering too much attention.

Blood seeped from under her eyelids in response to the too-bright shine. Under the cover of her palms, she blinked away the achingly intense spots floating before her vision.

How could this happen? Once, a magnesium bomb had detonated next to her. Even as her skin peeled back, she had kept going. Nothing broke her concentration during a mission. Six hundred years of killing had taught her well. 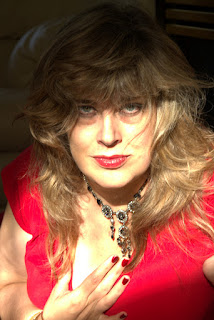 Linda Mercury left behind her varied careers as a librarian, art model, and professional clown to pursue writing. She’s interested in writing, romance, the , reading, organizing, cooking, hand-made silk Turkish rugs, and the Nike of Samothrace. 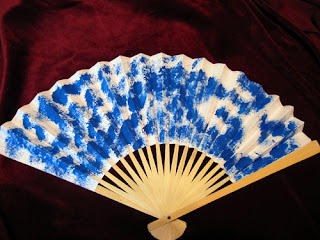 Linda will be awarding a hand-painted fan to a randomly drawn commenter during the tour. Please follow the tour and comment; the more you comment, the better their chances of winning.

The tour dates can be found here:
http://goddessfishpromotions.blogspot.com/2012/07/virtual-blurb-blitz-draculas-secret-by.html