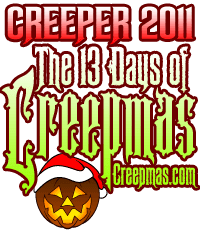 If you are like me, you love Halloween and just can't stand the thought of it being over quite so soon. In the spirit of fun and frolic we are going to participate in the Creepmas festivities this year! Stay tuned from December 1-13 for all kinds of posts. Visit all the blogs on the main list for some spooky holiday fun.

We are also participating in the Yuletide Cupcakery event with some pretty interesting cupcakes made by an Etsy artist with a zombie flair...
So stay tuned for a fun season of frights and delights. Happy Thanksgiving Zombie Horde!
Posted by Unknown at 5:07 PM 2 comments: 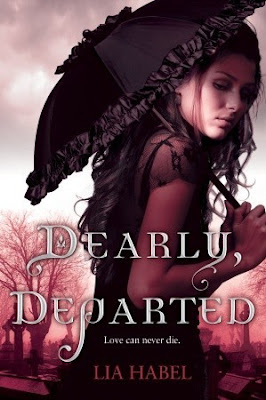 The year is 2195. The place is New Victoria—a high-tech nation modeled on the manners, mores, and fashions of an antique era. A teenager in high society, Nora Dearly is far more interested in military history and her country’s political unrest than in tea parties and debutante balls. But after her beloved parents die, Nora is left at the mercy of her domineering aunt, a social-climbing spendthrift who has squandered the family fortune and now plans to marry her niece off for money. For Nora, no fate could be more horrible—until she’s nearly kidnapped by an army of walking corpses.
But fate is just getting started with Nora. Catapulted from her world of drawing-room civility, she’s suddenly gunning down ravenous zombies alongside mysterious black-clad commandos and confronting “The Laz,” a fatal virus that raises the dead—and hell along with them. Hardly ideal circumstances. Then Nora meets Bram Griswold, a young soldier who is brave, handsome, noble . . . and dead. But as is the case with the rest of his special undead unit, luck and modern science have enabled Bram to hold on to his mind, his manners, and his body parts. And when his bond of trust with Nora turns to tenderness, there’s no turning back. Eventually, they know, the disease will win, separating the star-crossed lovers forever. But until then, beating or not, their hearts will have what they desire.
In Dearly, Departed, romance meets walking-dead thriller, spawning a madly imaginative novel of rip-roaring adventure, spine-tingling suspense, and macabre comedy that forever redefines the concept of undying love.
Goodreads

What I liked:
This novel had elements of Steampunk blended with a zombie story that I found delightful. The plot was different and it kept you guessing what was going to happen next.
What I didn't:
The start of the book dragged a little, but once the story got off the ground, it wasn't an issue.
Overall:
This book is a great one for anyone who loves a great zombie story mixed with a little Steampunk. I am not giving away any spoilers here...It's worth your coffee money to put it on your e-reader in a hurry, let's just say.
The characters are ones you will care about-both the living and the dead. The plot will have you turning the pages long into the night and the cliffhanger of an ending just about did me in. More!!!
5/5
Posted by Unknown at 5:13 PM 2 comments: