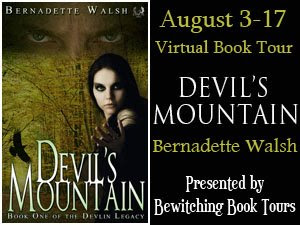 Genre: Paranormal Romance/Horror
Publisher: Lyrical Press
ISBN: 9781616503697
Number of pages: 122
Word Count: 39,000
Blurb/Book Description:
You will hate Him for all that he's taken, but you will love Him. God help you, you will love Him.

Mary Devlin accepted her fate years ago, to serve Slanaitheoir, the mountain spirit who saved her ancestors from the Irish Famine. The hauntingly beautiful woman submitted to His every caress, His every humiliation, but He’s gone too far by threatening her family.

Mary’s daughter-in-law is now an unwitting pawn in the fickle spirit’s game. Mary must challenge her fate and that of all future Devlin women, but Slanaitheoir is the most powerful being in the land. And when part of her still yearns for His touch and love, how can she fight him and win?

This book was a paranormal romance with some pretty creepy vibes. The mythology behind it was intense, with the Devlin women being enslaved to the devil Slanaitheoir until he freed them with their death and he would take the next female in the line. Yup. Sounds like a "marriage" made in Hell alright. This book incited all kinds of emotions and is filled with love, longing, hate and a whole lot of loss. Sometimes it was hard to tell which POV I was reading, but this did not detract too much from the overall feel of the book.

From the onset of page one, I was hooked. The voice grabbed me. It was sensual in its wording and yet was able to capture even the smallest detail and have you reveling in the verbiage. Lovely!

1. What was your favorite thing about writing this book?

This was my first foray into writing paranormal and the freedom it allowed me in terms of world building was amazing. I really got bitten by the paranormal bug.

2.  Having a spirit seduce you into submission sounds kind of sexy. Tell us about the dark side to this story...

Mary Devlin is the latest in the line of Devlin women who serve the spirit who inhabits Devlin’s Mountain. During the time of the Irish famine, Five Families lived on the remote mountain known as Devlin Mountain. One day a  stranger came to the Mountain with tremendous powers. He saved the Five Families from the devastation of the famine, and bewitched the people into thinking they lived in a wonderful paradise. They even referred to the stranger as their “savior” or Slanaitheoir in Irish. However, eventually the men realized that they were being duped by Him, and that He had seduced their women and filled their cottages with His own children. When they revolted, Slanaitheoir took His revenge. Their crops suffered, some of their children and cattle sickened and died.  Roisin Devlin who was a witch, made a deal with Slanaitheoir. In exchange for letting the rest of the Five Families go, He would be given the most beautiful girl on the Mountain, the witch’s own daughter. He would be entitled to the first daughter of the girl, and each succeeding generation to do what He wanted with. With each generation Slanaitheoir seduced the Devlin women, made them love Him, and then tortured them both physically and mentally. Mary does not want her daughter and grand-daughters to suffer the same fate. Her goal is to be the last Devlin witch.

Mary Devlin as the Devlin witch has the gift of healing, of sight. Slanaitheoir’s abilities seem almost endless. He can take any form, from a bird, to a goat, to a sheep, to His most cruel apparition, that of a seven foot, green-eyed god.

The Devlin witches really bewitched me and I can’t seem to stop writing about them!

3. What is your favorite zombie book or movie?

I’m a bit of a wimp about zombies. 28 Days still gives me nightmares

4. If you had to live through a zombie apocalypse, what four things would you want with you?

A lifetime supply of mint chocolate chip ice cream, my kindle filled with two thousand books, mascara and oh, I guess sneakers so I could run away from the zombies. I haven’t been to the gym in a while, so I guess I wouldn’t be able to put much of a dent into that ice cream before I became some zombie’s lunch!

5. The Walking Dead vs. Shaun of the Dead?

No doubt, Shaun of the Dead.

I’ve always been interested in ghosts stories and I am a huge fan of the Charlaine Harris Sookie Stackhouse books. My first two books were women’s fiction. After writing those, I started writing about a woman who’s mother-in-law is a little strange and has a strong hold on her son. Originally I expected Mary’s “witchiness” to just be a symptom of mental illness but I had so much fun writing about her powers midway that through the book I decided to make her a real witch.

No, I made it all up, which I think is much more fun!

No, I like a lot of U2 and Neil Young. I originally like Adele, but after I heard her songs at least 100 times in a one week period, now she makes my ears bleed.

9. What are some authors that have influenced your writing?

From a paranormal perspective I like Anne Rice, Charlaine Harris and I recently read The Witch’s Daughter by Paula Brackston which I loved because it was soooo sad. On the women’s fiction/general fiction front, I like Alice McDermott and admire how she writes about Irish-America which is the world I also explore in my books. I like Jodi Picoult too.

The Devlin Witch. I had originally intended the Devlin Legacy to be a trilogy, but those Irish witches still have me under their spell so I am writing a full length stand-alone book that incorporates some of the characters from Book Three. I’m about a quarter of the way through the first draft, so not exactly sure where I will wind up. 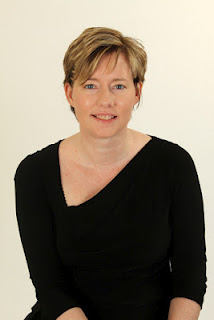 I have always been a bookworm and had always meant to write a novel “someday.” You know, when I won the lottery and could live in beach house and look out onto the water and feel inspired. Four years ago I decided to stop waiting for my winning lottery ticket and sat down and started writing in between work and family obligations, I piled the words on top of each other until they formed sentences, paragraphs, chapters and eventually a book.  My first book, a contemporary romance, Gold Coast Wives, was published in November 2011. The House on Prospect is my second novel. The first book of my paranormal trilogy, Devil’s Mountain -- Book One of the Devlin Legacy, was published in June 2012. While I’ve hopped around genres, all of my books to date have a common theme: strong women handling what life throws at them the best way they can.