Teenagers are being possessed and turning into sadistic murderers. Priests can’t help, nor can psychiatrists. So who is behind the demonic possessions? Jack Nightingale is called in to investigate, and finds his own soul is on the line. New York Night is the seventh novel in the Jack Nightingale supernatural detective series. 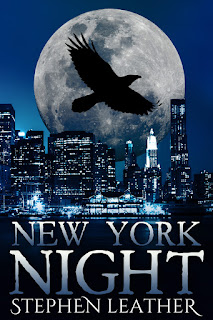 Cheryl Perez pulled the cork from the bottle of Chianti and sloshed it into a glass. She drank some and went through to her sitting room. She pulled open the drawer of a side table and took out the framed photograph of herself and Eric. It had been in the drawer for over a month – a new record. The photograph had been taken on New Years Eve three years earlier. They’d flown to Vegas for the weekend and seen in the New Year at a show in the MGM Grand. The casino’s logo was in the bottom right hand corner of the photograph. They were both a little drunk and they were holding hands either side of a champagne bucket that Perez was fairly sure contained their second bottle. Maybe their third. They had got so drunk that they had collapsed on the bed in their clothes and woken up the following morning still clothed and wrapped in each other’s arms. ‘You bastard, Eric,’ she whispered. ‘How could you leave me?’

She took the photograph over to the dining table and stood it in the middle. She sat down, drank some wine and then picked up one of the two pencils there. She drew a cross on the page, dividing it into quarters. She wrote YES in the top right and bottom left quarters, then wrote NO in the top left and bottom right. She took another drink of wine, then smiled lop- sidedly at the photograph. ‘I know, I know, it’s stupid and my soul will burn in Hell, but I have to try, don’t I?’

This is an interesting story by an author that can really grab the attention of the reader and keep you hooked page after page. I liked the concept of fighting fire with fire and in this book sometimes you have to bloody your knuckles to get where you need to go. Great read. 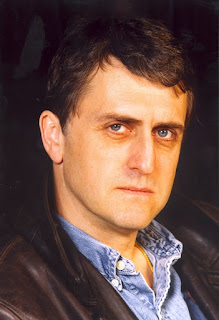 Stephen Leather is one of the UK's most successful thriller writers, an eBook and Sunday Times bestseller and author of the critically acclaimed Dan "Spider' Shepherd series and the Jack Nightingale supernatural detective novels.

Before becoming a novelist he was a journalist for more than ten years on newspapers such as The Times, the Daily Mirror, the Glasgow Herald, the Daily Mail and the South China Morning Post in Hong Kong. He is one of the country's most successful eBook authors and his eBooks have topped the Amazon Kindle charts in the UK and the US. In 2011 alone he sold more than 500,000 eBooks and was voted by The Bookseller magazine as one of the 100 most influential people in the UK publishing world.

Born in Manchester, he began writing full time in 1992. His bestsellers have been translated into fifteen languages. He has also written for television shows such as London's Burning, The Knock and the BBC's Murder in Mind series and two of his books, The Stretch and The Bombmaker, were filmed for TV. You can find out more from his website www.stephenleather.com and you can follow him on Twitter at twitter.com/stephenleather

You can buy New York Night on Amazon at http://www.amazon.com/New-York-Night-Nightingale-Supernatural-ebook/dp/B017T03500/

You can buy New York Night on Kobo at https://store.kobobooks.com/en-ca/ebook/new-york-night-the-7th-jack-nightingale-novel

You can buy New York Night on iBooks at https://itunes.apple.com/gb/book/new-york-night-7th-jack-nightingale/id1057762247

You can buy New York Night at Smashwords: https://www.smashwords.com/books/view/591862

a Rafflecopter giveaway
Posted by Unknown at 2:30 AM 12 comments: