"Twenty tales of terror, dark fantasy, and macabre humor from authors in Canada and the United States spanning seven decades – 1860 thru 1929. Ten authors from What Scares the Boogeyman? return and are joined by ten new writers:

Tobias Fox rides into a dusty Texas town to investigate stories of terrible doings in Nightwalker. What he finds is not what he expected.
Two men face off against an alien terror on the moon’s surface in The Strange and Terrifying Mystery of Luna Colony – a tale of horror in a steampunk setting.
It is the lunch hour on Fleet Street. Conversations and chance encounters take place amidst the delectable aromas of Mrs. Lovett’s savory meat pies in Cab Ride."

Amazon
Posted by Unknown at 1:10 AM No comments: 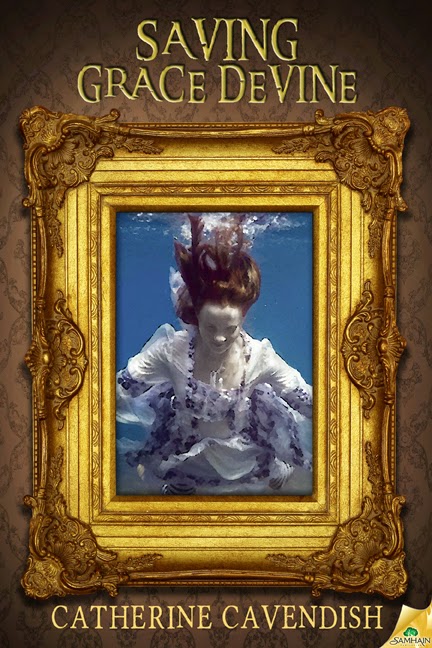 The White Lady of Stow Lake 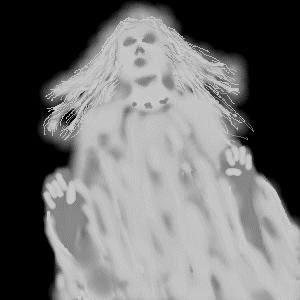 In my new novel, Saving Grace Devine, a young girl is drowned, but her spirit returns to haunt the lakeside where she met her untimely end. She seeks help from the living, to help her cross over to the afterlife.
From my research, it would appear that my fictional Grace is not alone. Many people have reported seeing ghosts of drowned girls and young women, who are apparently bound to the shores of the lake where they died. They all appear to be searching for something, or someone -in dire need of help from the living to help them join the world of spirit.
And not all of them are benign.
One such wraith seems to constitute a deadly reason why I, for one, would think twice before venturing on a walk around Stow Lake in San Francisco’s Golden Gate Park. Her appearances have been frequent and well documented. 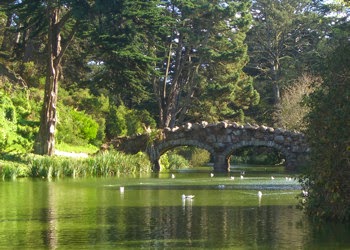 Golden Gate Park is landscaped on similar lines to New York’s Central Park. It hosts a museum, Japanese Tea Gardens, the Conservatory of Flowers, Sprekels Park and, of course, Stow Lake. It also houses a number of ghosts – and even an allegedly moving statue. But more of that later. We’re concerned now with “a thin, tall figure in white.” So said Arthur Pigeon, as reported in the San Francisco Chronicle of January 6th 1908. Police had pulled him over for speeding and he told the newspaper that it had blocked his way as he drove out of the park, “…it seemed to shine. It had long, fair hair and was barefooted. I did not notice the face. I was too frightened and anxious to get away from the place.”
Of course, the temptation is to say the man was merely trying to avoid getting a speeding ticket. And if his had been the only report, then that could well have been the case. But it wasn’t. Over the hundred plus years since that Chronicle article, many other people have reported seeing precisely the same apparition.
So who is this mysterious ‘white lady’ of Stow Lake?
There are, as always, a number of theories. One of the more compelling is that in the late 1800s, a young woman was out, walking her baby in its pram around the lake. She became tired and sat down on a bench. Presently another lady came to join her and the two struck up a conversation. So engrossed was the young mother that she failed to notice the pram rolling away. Suddenly she realized it had gone. There was no sign of either the pram or the baby. Panic stricken, she searched high and low, asking everyone, “Have you seen my baby?” No one had. For the rest of that day, and into the night, she searched.
Finally, she realized the baby and the pram must have fallen into the lake. She jumped in and was never seen alive again.
Witnesses who report seeing her speak of a woman in a dirty white dress, sometimes soaking wet and, contrary to Arthur Pigeon’s assertion that she had fair hair, the other reports consistently state she has long, dark hair. Sometimes she is also seen on Strawberry Hill – adjacent to the lake. Her face wears an anxious expression and she has been known to approach people walking around the lake at night. She asks, “Have you seen my baby?” 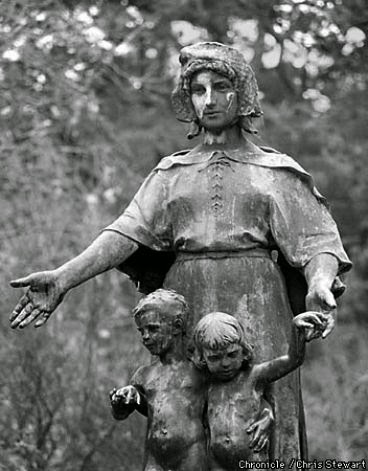 As for the statue I mentioned earlier, this is called ‘Pioneer Woman and Children’. It has a reputation for moving around – and even changing shape. These phenomena always occur at night and seem directly linked to the white lady. Sometimes the statue’s face changes. Other times, it has no legs or head. Motorists have reported electrical issues. Different cars driving near the statue or lake at the same time have stalled simultaneously.
Finally, if you are brave – or foolhardy – enough, try going down to Stow Lake at night and say, “White lady, white lady, I have your baby” three times. It is said she will then manifest herself before you and ask you, “Have you seen my baby?” If you say, “yes”, she will haunt you ever after. But, if you say, “no”, she’ll kill you.
Now there’s no documented evidence of the white lady committing murder. But are you prepared to put her to the test?

Can the living help the dead…and at what cost?
When Alex Fletcher finds a painting of a drowned girl, she’s unnerved. When the girl in the painting opens her eyes, she is terrified. And when the girl appears to her as an apparition and begs her for help, Alex can’t refuse.
But as she digs further into Grace’s past, she is embroiled in supernatural forces she cannot control, and a timeslip back to 1912 brings her face to face with the man who killed Grace and the demonic spirit of his long-dead mother. With such nightmarish forces stacked against her, Alex’s options are few. Somehow she must save Grace, but to do so, she must pay an unimaginable price. 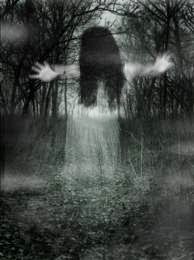 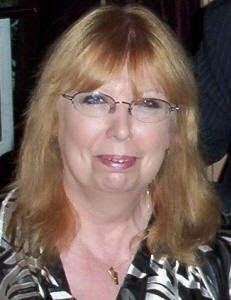 You can find Saving Grace Devine in all usual ebook formats here:

and in paperback here:

Samhain Publishing
Amazon
About the author
Catherine Cavendish is joint winner of the Samhain Gothic Horror Anthology competition 2013. Her winning novella – Linden Manor – is now available in all digital formats and the print anthology will be published in October. She is the author of a number of paranormal horror and Gothic horror novellas and short stories.  Her novel, Saving Grace Devine, has just been published by Samhain Publishing.
She lives with a longsuffering husband in North Wales. Her home is in a building dating back to the mid-18th century which is haunted by a friendly ghost, who announces her presence by footsteps, switching lights on and strange phenomena involving the washing machine and the TV.

When not slaving over a hot computer, Cat enjoys wandering around Neolithic stone circles and visiting old haunted houses.

You can connect with Cat here:
www.catherinecavendish.com
https://www.facebook.com/CatherineCavendishWriter?ref=hl
http://www.goodreads.com/author/show/4961171.Catherine_Cavendish