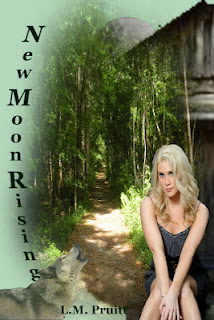 Nothing ever happens in Selene, Georgia. The biggest events in the past ten years have been a wedding, a funeral and a bar fight. It's slow, sleepy, a little narrow-minded--but for Cari Gravier, it's home.

Now things are starting to happen that nobody's seen before. Strange things in the woods, dead animals--and dead people. Cari's about to discover a whole new side to Selene. And a past that may come back to bite her... 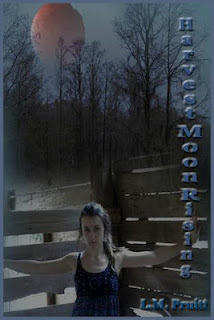 Cari Gravier might have learned Selene's big secret, but some things remain constant: the Old Town Cafe, blackberry harvesting, and the shaky relationship with her ex-husband, Mike Sullivan.

But there's more change in the wind, the kind even half blind Old Willis can see. The seeds of the past--betrayal, violence, and heartbreak--are ready for harvest.

And some sleeping dogs just won't stay down...

1. Paranormal stories in small town settings are a great combination. Where did the inspiration for The Moon Rising series come from?

Moon Rising started as a writing exercise. I was having problems getting past a block while writing Shades of Desire, a lot of problems—just one of those times where nothing was clicking. I wrote the first half chapter as a way to get the creative juices flowing, so to speak. From there, everything just kind of blossomed.

2. You have written several series. What are they for folks that have not read your books before?

3. Where do you see this series going?

I’d love to say that everybody is going to have a happy ever after—but I’m still not sure. There are a lot of issues involving love and trust and right and wrong. Until there’s some kind of resolution , nobody gets a happy ever after, because they haven’t earned it.

4. Do you have a playlist for the books?

I have a general playlist for writing. It runs the gamut from country to classic rock to showtunes to pop.

5. Walking Dead vs. Shaun of the Dead?

Shaun of the Dead

6. What three things would you want with you in case of a zombie apocalypse?

A bus with a full tank of gas, access to a zombie-free gunshop, and my friends and family.

7. What is your favorite zombie book or movie?

Mira Grant’s NewsFlesh trilogy. I consider it a must read for anybody who loves zombies and the apocalypse.

10. What is your current writing project?

I’m currently working on the second book in the Frankie Post Series, Borrowed, due to be released in October, as well as another book set for release in January—more details on that later.

The first book New Moon Rising was a page turning thriller that I could not put down. If you like a good werewolf story with a fresh perspective, give this book a try. Small town Cari has a huge chip on her shoulder, but as the story progresses, you see what she is made of. Secrets are kept and finally revealed and when everything she thought she knew was thrown out the window, we really see what this great heroine is made of. The story line is fresh, the plot original and the interaction with the characters right up there. A great read that will keep you up nights!

The second book, Harvest Moon Rising will bring you to tears. In a good way. Promise! Werewolves asunder! Hurray for more furry fun from this talented author. The drama, secrets, heartbreak, plot, new and old characters...well, everything! I can't wait to read the next one.

If you like your werewolves with a whole lot of sass and grit, then check out this awesome series! 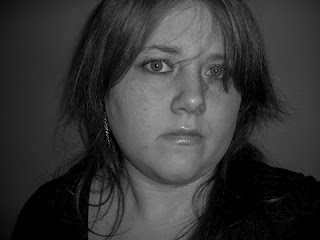 L.M. Pruitt has been reading and writing for as long as she can remember. A native of Florida with a love of New Orleans, she has the uncanny ability to find humor in most things and would probably kill a plastic plant. She is the author of the best-selling Jude Magdalyn series, the Moon Rising series, and the Frankie Post series. She is currently at work on the next Jude Magdalyn book, Shades of Blood. She makes her home in Florida with one two cats—one smart, the other an idiot.

Amazon Author Page
Posted by Unknown at 1:30 AM